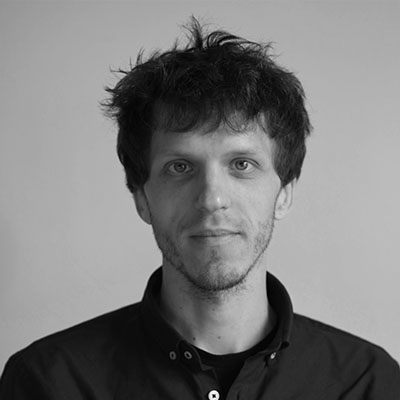 Graduated from the Lviv Polytechnic National University as an architect. In 2011, as a team member participated and was shortlisted in the open international design competition “Envision the Sixth Borough of New York City: Water”.  Participated in the international students’ architectural workshop Linear City Kharkiv on industrial areas re-use. This work grew into a diploma project, which became a finalist of the Young Architects’ Competition CANactions 2012. The laureate of the Ukrainian National Young Architects’ Competition CANactions 2014, Kyiv, Ukraine.

After the graduation, co-founded a private architectural practice URBANIDEAS. The office focuses on public spaces research and design.

As a tutor, participated in the Architectour workshop and together with students of architecture researched the potential of developing public spaces of the city of Przemyśl, Poland. Represented his office team as a tutor of architectural workshops on the research of public spaces of the Mytna Square, Theodore Square, and the Jam Factory area in Lviv, Ukraine, which included urbanistic research and design and manufacture of initial timber elements improving the selected plot. As part of the team, researches into the green links of Lviv, Ukraine, taking on a new plot every year.

A co-author of implemented projects of public spaces reconstruction in Lviv, in particular, the Koliivshchyny Square, winner of the prize of the National Union of Architects of Ukraine in landscape architecture, shortlisted as one of the 25 projects selected for the 2022 European Prize for Urban Public Space.

Since 2022, collaborates with the KhSA as the Studio tutor and curator of the 1st year summer construction traineeship.

fill your data to receive the information

To become a donor

Information about our events and actual news from KhSA